Oh my god!
The shocking news came in. 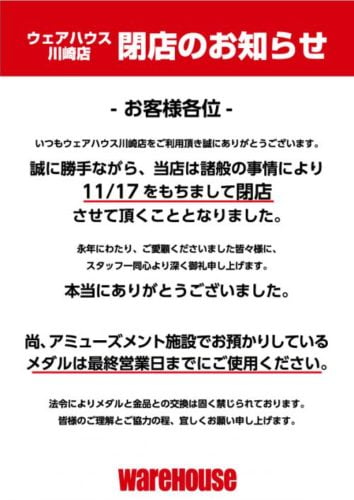 (English translation)Thank you for using the warehouse.
Our store will be closed on 11/17 due to various circumstances.

This is the place with the most foreign tourists in Kawasaki.

It was also a famous amusement arcade among arcade game fans.
In particular, about 20 units of the Konami game “Quiz Magic Academy（QMA）” are placed.This is one  the largest  in Japanese Amusement arcades.
For this reason, QMA gamers in the Tokyo metropolitan area were so famous as to visit the Kawasaki warehouse.

Whether you’re a game fan or a fan of Kawasaki Warehouse interiors,there  was a sacred place.

Kawasaki Warehouse is a amusement arcade with a very sophisticated interior.

Amusement arcade usually do not have a sophisticated interior.
Gamers don’t watch the interior, that’s why their focus are only display and they playing the game in there.

Because it is a special Amusement arcade, not only fans of the game but also fans of Kawasaki Warehouse visit here.

Specifically, you can enjoy an interior that mimics the Kowloon Walled city.

Kowloon Walled City is a world-famous slum and ruin in Hong Kong.
Originally … you know … a military fortress in a port town that flourished in the Middle Ages.

After that, it became famous worldwide as a slum that was unplanned expanded in the 1950s-1990s and followed its own history.
However, since it was demolished in 1993-94, it was only handed down among the subcuture.
Since the original building was demolished, it can now only be seen in fiction and theme parks.

Therefore, Kawasaki Warehouse is one of the few places in the world where you can enjoy the atmosphere of Kowloon Walled City.

I have talked a lot.
But,It’s pointless worrying about the details.
Show  pictures of Kawasaki Warehouse.

First from the entrance 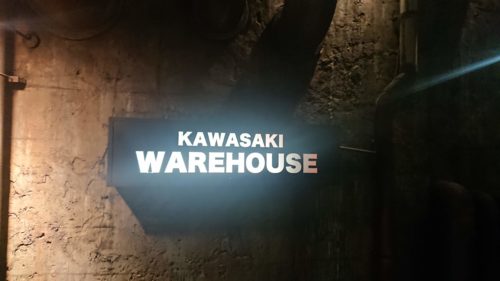 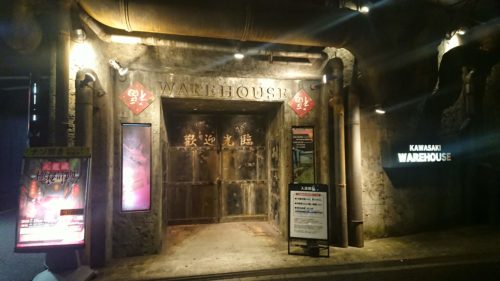 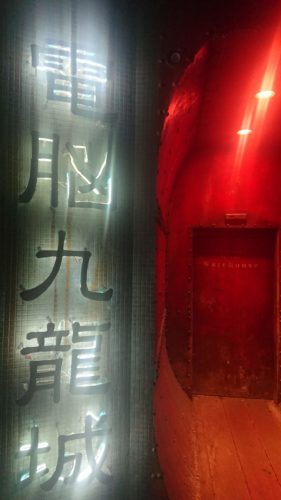 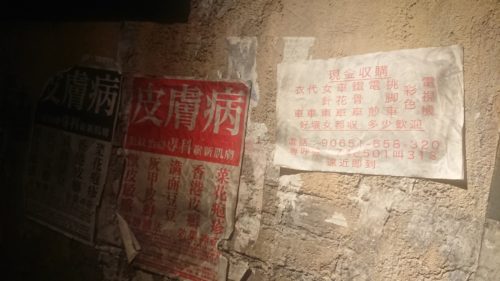 The wallpaper is also from Kowloon Walled City and a design that mimics it. 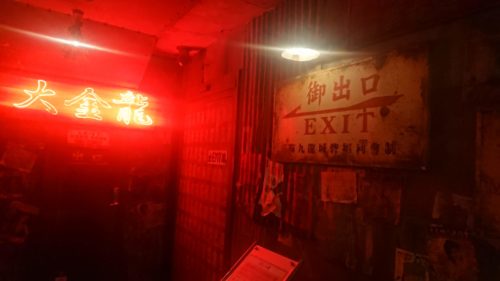 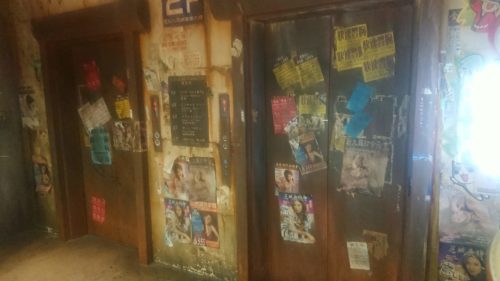 The interior is run-down!
But it is good. 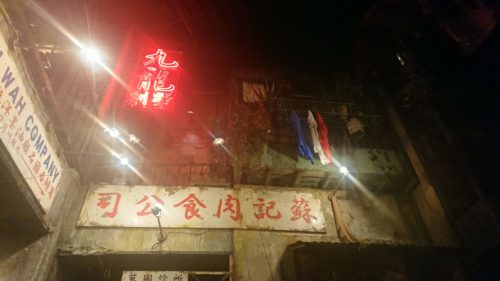 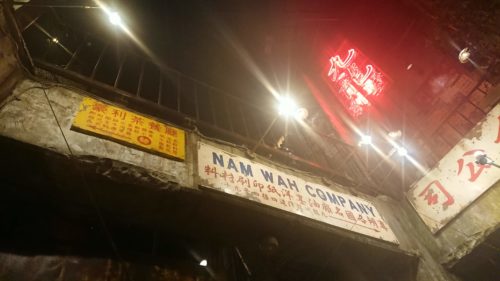 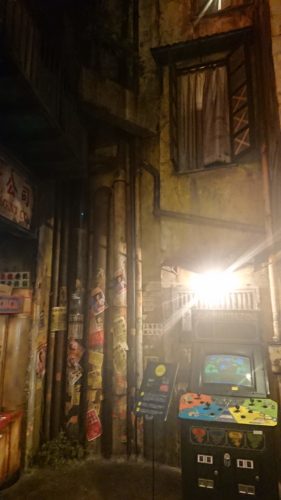 In particular, what I want visitors to see is the men’s toilet.
Only the men’s toilet has the Kowloon Fort interior.
It seems like the girls’ toilet is normal. … Oh, I don’t know because I’m a man. you know? 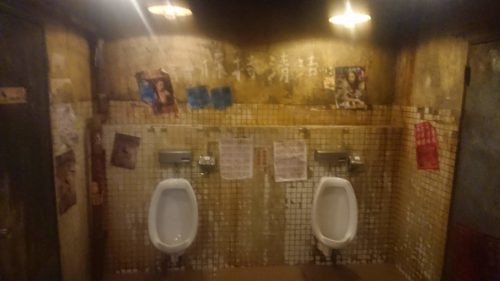 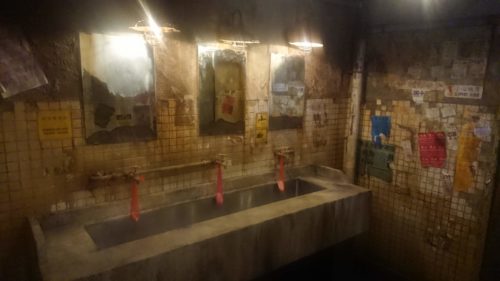 The pictures are awkward?
I just want to convey the atmosphere.(If you think it ’s good, come to see it.)

Finally, I want you to take a picture of the exit. 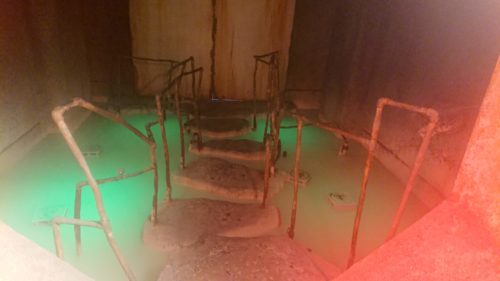 The interior you see when you look back from the exit is also amazing. 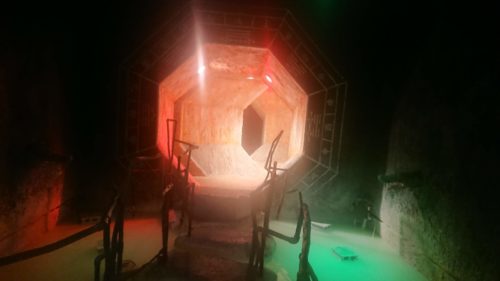 If you are a fan of Oshii Mamoru, you will be excited!
Because, Mamoru Oshii’s “Ghost in the Shell” and “Innocence” have many scenes that imitate  Kowloon Walled City.

Why did it close?

Technically, the result of negotiations with the owner.

However, the situation of the Amusement arcade industry is severe.

In fact, there are many shops that have been closed in the past year even at Amusement arcades that handle the Quiz Magic Academy (QMA).

From the current situation, the possibility of Kawasaki Warehouse closing due to poor management cannot be denied.

In fact, it is a amusement arcade with many foreign fans … but there is no way to make money from foreigners.
They just take a photo and go home.

However, even if there is a foreigner who wants to support by paying money, there is no activity that can be enjoyed by Kawasaki Warehouse for those who do not understand English.

In addition, there is no custom in Japan to give or get tip.
At the same time, the size of the Amusement arcade has a small number of employees, so if you want to provide chips, you may not be able to provide them.

So even if a non-Japanese customer comes… there is no way to pay money.
On the other hand, there are services that can be enjoyed by foreigners who can understand Japanese. 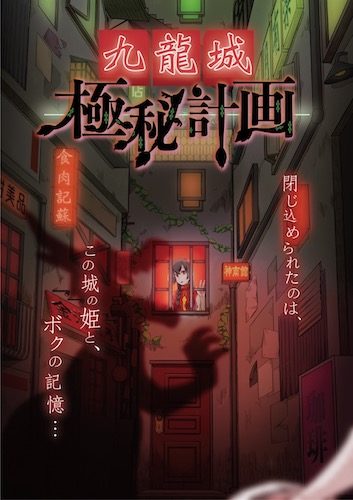 This is not the only problem.

“It looks like the world of Mamoru Oshii!”
“Sega’s game “Shenmue” has a story set in Hong Kong.”

Even the Japanese don’t know Mamoru Oshii or Sega Saturn in their 20s.
Moreover, young people who know this other than Japanese are quite geeks!
If you have a lot of anime and games, and you have a friend who comes to Japan for a photo trip … that person is too happy and enviable.（When we go to Oshii’s movie, 99% are men, and no one talks to the neighbor even after watching the movie.At least those who love Mamoru Oshii in Japan are such people.）

Therefore, it is not financially different from the Amusement arcade where other management is severe.

Yuurakusya is a Amusement arcade in Himeji City, Hyogo Prefecture.
The store manager talks in detail about the challenging situation in the arcade.

Inside story about Square Enix.(japanese)

For those who don’t understand Japanese, I will write an English summary and explanation.

・In the old Amusement arcade, video games were the mainstream, and the price of the
video game arcade cabinet was around 100,000 yen（1,000$）.
At that time, managing a Amusement arcade was easy. Because, if you play a $ 10 game more than 1000 times, you will get a profit.

・However, because current game development costs have soared, video game arcade cabinet have risen to $ 50,000- $ 200,000, making it difficult to purchase Amusement arcades.
However, the price per play does not change.As a result, the number of Amusement arcades that fell into unprofitable management increased.

・However, there is no choice in the Amusement arcade.
This is because game makers (Konami, Square Enix, etc.) are more powerful.

・Some game makers bundle games that they want with games that don’t need game.
・There is also power harassment for Amusement arcade employees by seconded employees.

Of course, there are conscientious game makers.

However, I knew the current situation of the Amusement arcade was tough.
Moreover, I heard that Konami’s game, which Kawasaki Warehouse is good at, is particularly difficult.

This is irrelevant for visitors to Kawasaki Warehouse.
In particular, it has nothing to do with people who came to shoot interiors rather than games.

However, I decided to write this because I wanted to know the actual situation of the Amusement arcade and the fact that general Japanese companies are not meeting inbound demand.

If you go to Kawasaki Warehouse, I would be happy if you find a shop assistant and give you a tip.Because they continued to operate a harsh Amusement arcade, they managed to maintain a great interior .

I’m looking forward to seeing you.

Find an inn in Kawasaki